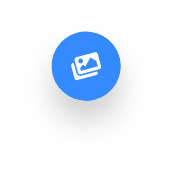 How to Maximize the Value of Your NFTs

NFTs have plummeted in value this year. Even the value of Justin Bieber’s bored ape NFT has fallen 95% from its peak.

Was the entire NFT market just an illusion? If not, how can the average NFT creator or NFT project maximize the value of their NFTs?

My History with NFTs (or Lack Thereof)

FYI, I’ve never owned or minted an NFT. It’s not in my personal interests to pump (and dump) the value of any specific NFT collection.

In fact, prior to this year, I’ve pretty much been an NFT skeptic. In the words of Dan Olson of the famed “Line Goes Up” video, most NFTs sold in 2021 and 2022 were derivative and downright fugly.

I understand that the fugliness might be the point of it all, like an inside “degen” joke of sorts. But it doesn’t take away from the self-evident truth: fugly is fugly. Why would I (or any other mainstream Web2 user — want to own (let alone “invest”) in something fugly?

A Funny Thing Happened on the Way to the (Fugly) Forum

Earlier this year, my wife and I visited a friend who was renovating his house. He gave us a tour of the house, and, in the living room, he pointed to the a painting of a silk screen, like the one above, and said, “I’m going to put one of those in every room.”

My wife and I looked at each other, a bit miffed. I’m sure both of us were thinking, “Hmm, that’s nice, but why would you put a painting of a silk screen in every room?”

Our friend noticed the confusion. “Ah, you don’t get it. It’s a frame TV.” He pulled out a remote control, pushed a button, and the image of the silk screen disappeared. He navigated to Netflix and started a movie.

We were both stunned. It looked like a real painting (or at least a print of a painting). We had no idea it was a TV.

Which made me realize: This is the future of digital art. High resolution digital frames of any dimension could be placed in any space, and digital art can be be displayed in those frames. Digital art could also be rotated based on season, time of day, day of week, or the whim of the art/space owner.

Which means digital art — and NFTs — can have meaningful, sustained value.

So What Makes a Picasso Painting Valuable?

The key drivers of value in a Picasso painting are:

Lessons for the NFT Market

Condition: You’re probably thinking, there’s no way condition can be a value driver of digital art. A file is a file, and either the data is all there, or it’s not. If we, however, expand the notion of condition to availability, then condition applies to NFT value as well. For example:

All of these degrees of availability would negatively impact NFT value.

Provenance: The provenance of all NFTs is automatically tracked on the blockchain. The provenance of some NFTs may include famous people (e.g., Justin Bieber), and that NFT may be worth more than comparable NFTs due to its provenance.

Content: As the saying goes, beauty is in the eye of the beholder. If you’re selling NFTs, understand your beholders and know what they think is beautiful. The more people who think your digital art is beautiful, the higher probability that it will sustain value in the long-run. If you make fugly digital art, you’re probably decreasing the pool of potential buyers. Those who actually buy might only be speculating that a “greater fool” will buy the art for a higher price — and not because they actually enjoy and value the aesthetics of your art.

Rarity: Many NFT drops have 10,000 NFTs in a given collection. Remember: there are 13,500 Picasso paintings in the world. The more (very similar) NFTs dropped concurrently on to the market, the more likely the NFT collection will be valued like Pokémon cards.

Originality: Many NFT projects are portraits of animals dressed up in goofy outfits. This was, at one point, perhaps an original idea. That time has long since passed. So think like a real artist. The greater the production value and originality contained in your digital art, the higher the probability of sustained value.

Last but not least —

Authenticity: Even OpenSea recognizes that 80% of NFTs minted on its platform are fake or plagiarized.

Digital artists must realize that an NFT is just a token. Anyone can log into OpenSea, upload any JPEG from anywhere on the internet, and mint an NFT. The NFT is original and unique, and the NFT will establish provenance. But the NFT is not the same thing as the underlying digital art. A unique NFT can be easily minted from/be associated with pirated digital art.

To maximize the value of digital art, very digital artist should actively prevent their digital art from being copied and misattributed.

But in a world where “save copy” is always a few keystrokes away, how can anyone prevent art from being copied and misattributed?

CYFS to the Rescue

CYFS is a new, open-source internet protocol designed specifically with Web3 and digital creatorship and ownership in mind.

This way, Pablo will always be the creator of all the digital art he creates.

The authenticity of his digital art can now be guaranteed.

His digital masterpieces can’t be copied and misattributed (at least on the CYFS network) by Andy, or by any other aspiring digital pirate.

And the NFTs associated with his digital works can achieve maximum value. Which helps both Pablo and Justin sleep better at night.

Why aren’t you showing the price of Foggie Max?

What makes $DMC better than other mainstream or alt tokens?

How is Foggie Max different from being a node on Arweave?

Read more about what we’ve been up to.

Why aren’t you showing the price of Foggie Max?

As a start-up introducing a brand new category, our marketing funnel is designed to get people interested in the value proposition of the product and

What makes $DMC better than other mainstream or alt tokens?

$DMC has been designed to be solely a reflection of the value of decentralized storage — i.e., not an intrinsic value, but a balance between

How is Foggie Max different from being a node on Arweave?

Arweave is a decentralized storage network that promises permanent storage, i.e., once you pay to store something on Arweave, it will be stored on Arweave

How is Foggie Max different from being a node on StorJ?

Will the capacity of the Foggie Network depend on the number of 1TB Foggie Maxes sharing storage?

Yes and No. First, Foggie Maxes will be sold in 1TB – 4 TB configurations. Second, individuals can own more than one Foggie Max. Third,

On Kickstarter, will I be able to buy more than 1 Foggie Max?

Stay in Touch with Us